When it’s fall, it is time to enjoy juicing. Apples offer phenomenal juicing options, with the most common ones being apple cider and apple juice.

But what exactly is the difference between apple juice and apple cider? Is it the color, the texture, or the nutritional value?

This article will answer all these questions conclusively. At the end of it all, you’ll be able to make a perfect apple juice vs. apple cider option! 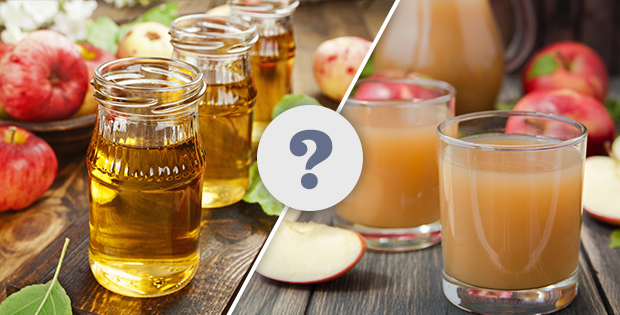 What is Apple Cider?

Apple Cider refers to unfiltered apple juice that’s usually unsweetened and non-alcoholic. This juice is common in the United States and Canada, especially during fall.

The beverage has all the components of apple grounded, which makes it look relatively cloudy/milky. Also, this drink is concentrated by boiling to achieve the best taste. Additionally, apple cider is pasteurized to kill microbes and improve its shelf life.

Due to its unsweetened nature, children will almost always not choose it as their beverage! As such, this drink is only common among adults.

What is Apple Juice?

Just like cider, apple juice is obtained from apples but it is more refined. The roughage in the apple is removed, thus making the juice a bit lighter when compared to cider.

Children will always prefer apple juice to cider since it’s sweeter. Wondering how the juice is made?

Well, this beverage is made by maceration of whole apples using powerful masticating and juicing blenders. Immediately after extraction, the juice undergoes enzymatic and centrifugal treatment to remove pectin and other fiber elements.

After the treatment, the apple juice is pasteurized and packaged for sale. Ordinarily, apple juicing can be complex, making it largely feasible for large scale producers. 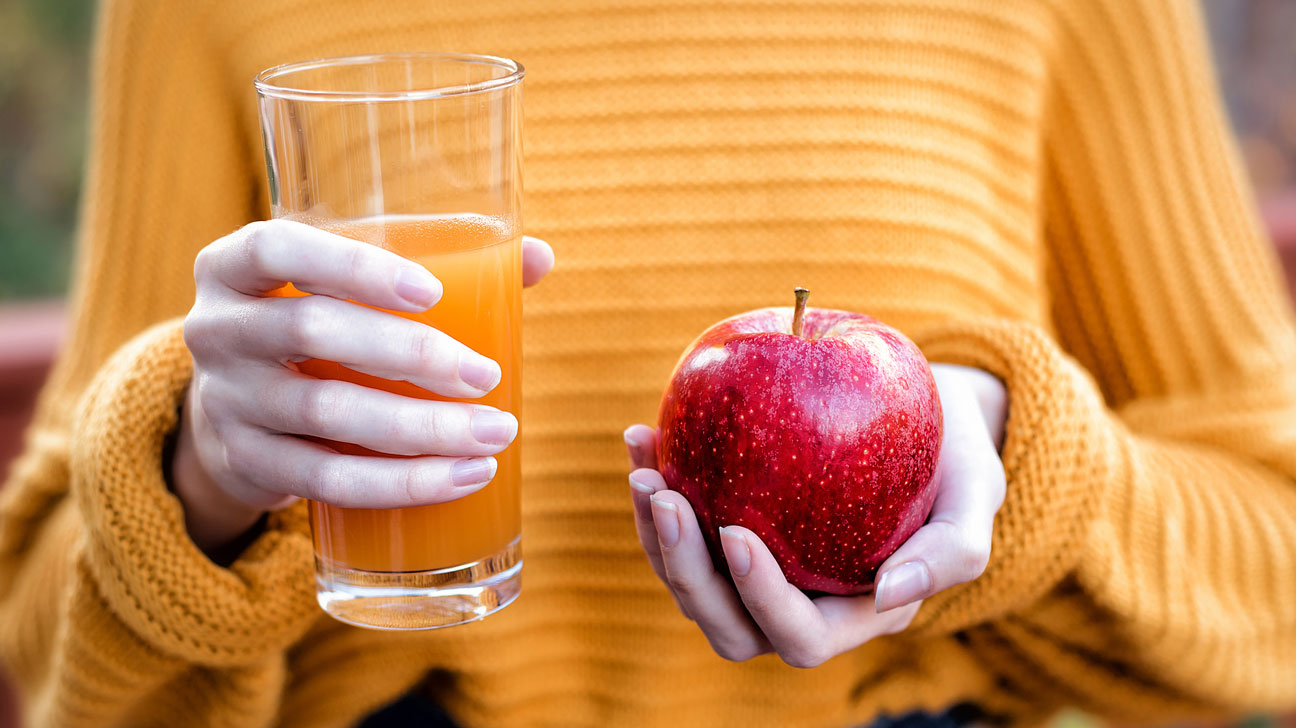 Yes, apple cider is generally a healthier option compared to apple juice. It contains more fiber and is untreated. As such, you can be sure that the beverage will help with the peristaltic movement and improve the overall health of your gut.

Additionally, apple cider has more polyphenols and organic acids (increases if fermentation occurs). These compounds are highly beneficial to the human body and their consumption improves your overall well-being.

On the contrary, apple juice is highly filtered. It does not contain roughage, which removes the health benefits to the gut. Additionally, the juice has preservatives and sweeteners, which compromise the natural constituents of organic elements.

Apple Juice vs Apple Cider – Is There Any Difference?

If you’re wondering what the difference between apple juice and apple cider is, then this section is for you. Overall, both beverages are obtained from apples and the variation only comes due to differences in the fruit’s processing.

Here are some of the most common differences between the two:

In some regions, the difference between apple juice and apple cider is based on the type of apples used. Overall, apple cider is the juice made from apples picked earlier in the season.

Fresh apple cider is not alcoholic. Also, pasteurized apple cider will remain fresh until it gets to its expiry date.

As such, you should always buy pasteurized apple cider if you don’t want it to turn alcoholic. In the United States, this is called hard cider (the fermented form).

Apple Cider vs. Apple Juice for Smoking – Which is Best?

You can use either apple cider or apple juice when smoking your ribs or any other piece of meat. However, the two will yield different tastes.

As such, you should only choose your preferred beverage based on what you like. Either will serve you right.

For desserts, we recommend the use of apple juice since it’s sweeter than the cider. However, you can always add apple cider if you like that sour taste in your desserts.

Apple Cider vs Apple Juice – Which One Should You Buy?

Additionally, you should avoid apple cider if you’re buying the drink for children. Apple juice is more palatable and will certainly receive a better reception from children.

If you’re looking for nutritional benefits, then we recommend apple cider. It has more roughage and other organic constituents, which makes it healthier. However, the beverage has a shorter life span and will not serve you for long. 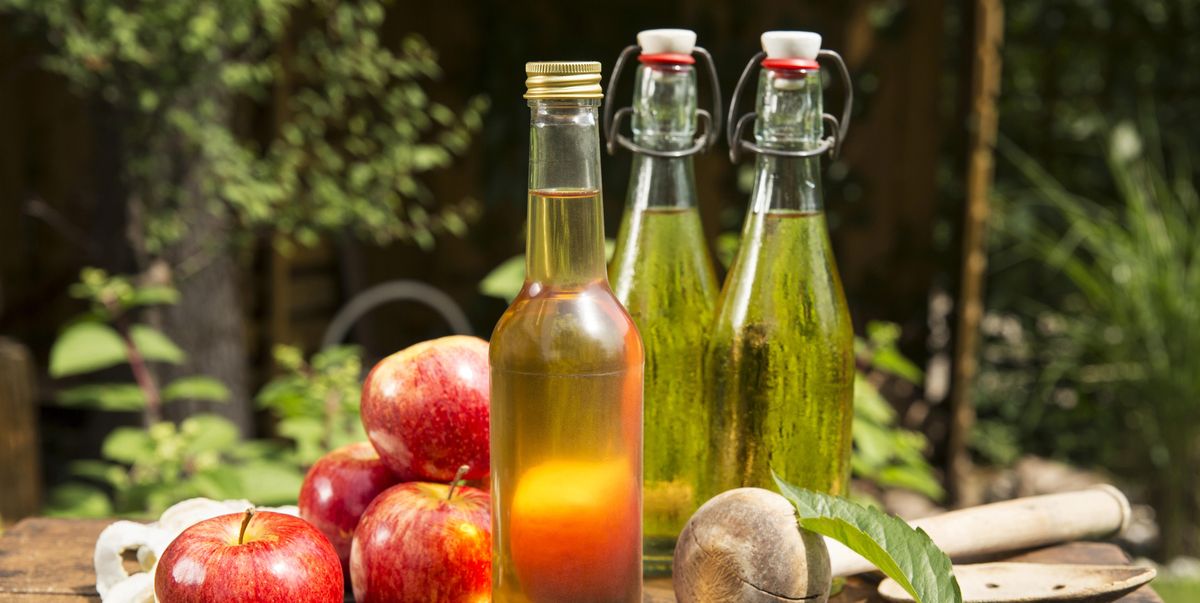 On the contrary, apple cider vinegar is fermented apple juice. It is made when the natural sugar in apples turns into alcohol. Later, bacteria are added into the fermented juice to convert alcohol into acetic acid.

The difference between apple juice and apple cider is largely based on taste and the methods of preparation.

While apple juice is filtered and pasteurized, apple cider is unfiltered and unpasteurized. Consequently, the latter is thicker and more nutritious. However, it’s not the favorite among children due to its solid constituents and other organic elements.

Additionally, apple juice is sweetened and has a longer shelf life when compared to apple cider. As such, you should only buy the latter if you want to use it within 7 days. If you want a product with a pretty long shelf-life, then you should go for the apple juice.

If you wanted to buy apple juice but you were confused about what exactly is the difference between apple juice and apple cider, then this article will clear all your doubts! Read it for more details on preparation, usage, constituents, and preservation.